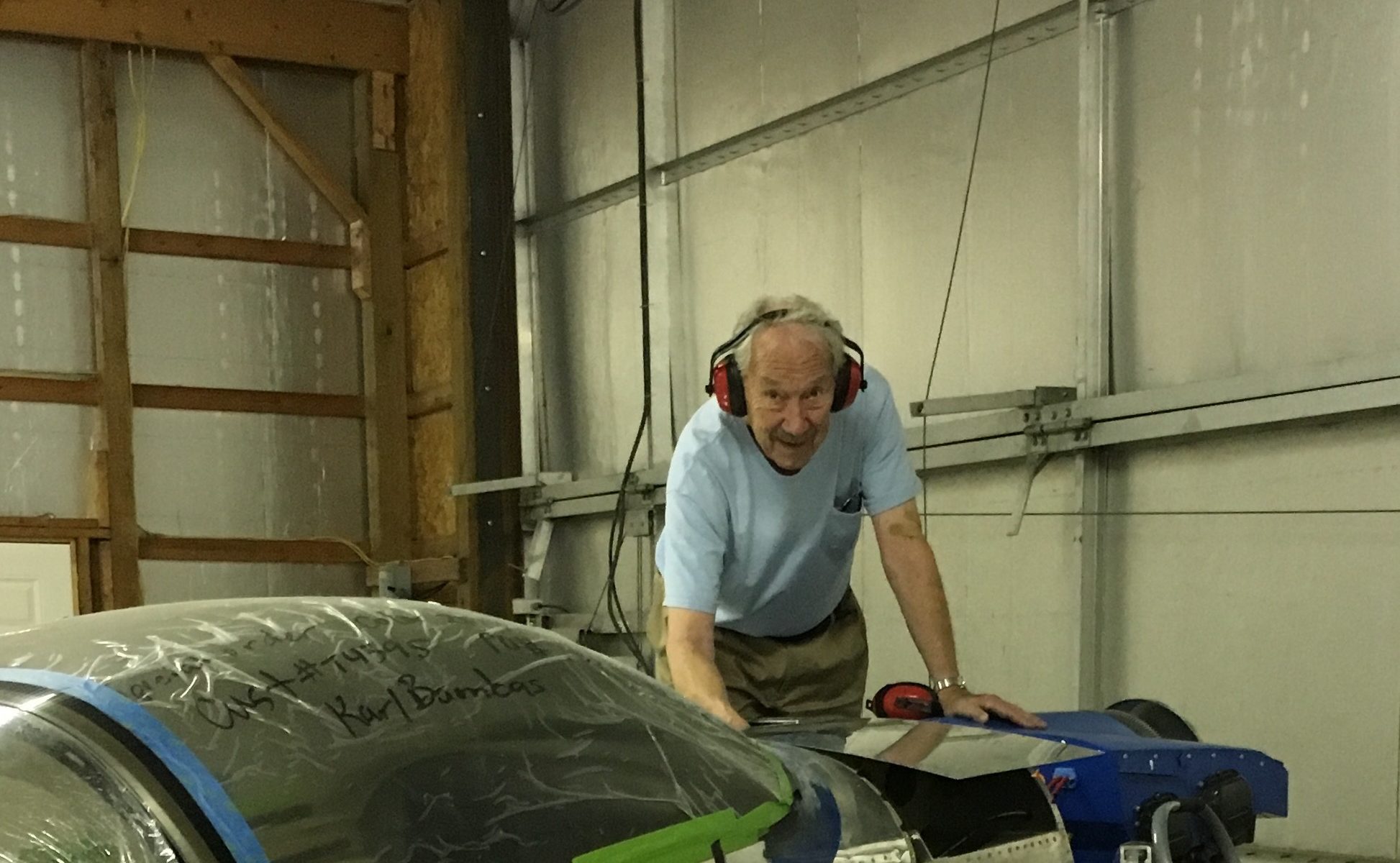 Could not yet see the light at the end of the RV7 build, but knew it was getting closer.  The list of accomplishments in the interim included:

Whew, and that’s not all.

The Vans upper and lower cowl halves had to be trimmed to fit each other and the fuselage firewall.  For October 30th we had a Halloween Lantern.

The cowl interiors were painted with three coats of white two-part epoxy.

I copied the practice of many Vans builders and cut an inspection port into the upper skin in front of the canopy.  This provides access to the break fluid reservoirs, the voltage regulators and the forward sockets of the VPX power box.

Another deviation from the Vans standard is that I fabricated and installed a plenum cover over the top of the engine, rather than the usual flexible baffle strips that seal the baffles to the top cowl.

The potential advantages of a plenum in cooling efficiency and reduced wear on the cowl have been often debated on the Vans Airforce website forums.  Casting of the plenum was discussed in an earlier post.

Clay risers were set on the plenum to verify 1/2″ clearance from the cowl.

Aluminum and fiberglass edges were set with platenuts for fastening to the engine baffles.

Prior to first engine start start the fuel tanks were calibrated and a weight and balance prepared.  Both of these steps will be repeated as the W&B indicates a heavier spinner ‘crush plate’ will be needed to move the center of gravity further forward.