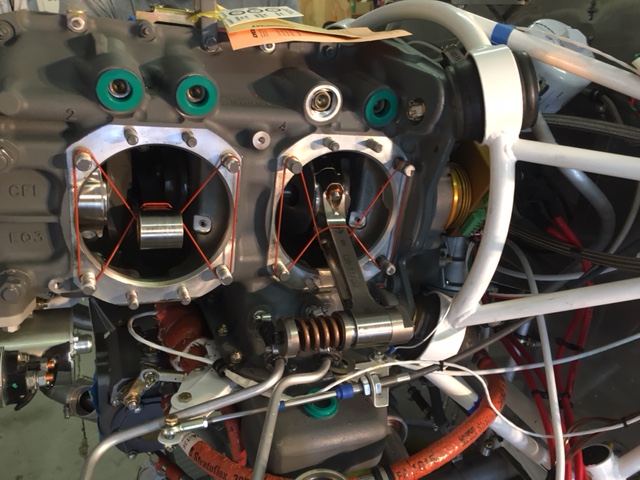 Soon after the wings were mounted the FAA approved a Registration Certificate for Vans RV7 N50KB, known to us as “The Dream Weaver”.   That didn’t reduce the number of tasks yet to be accomplished.  I next

Then it became time to do the inspection required by the newly announced Lycoming Service Bulletin #632. 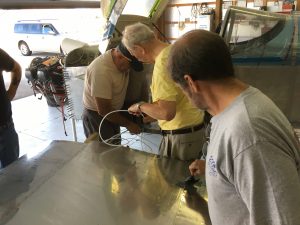 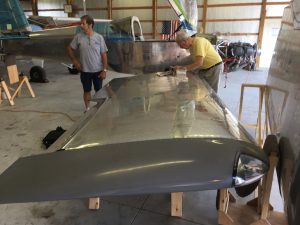 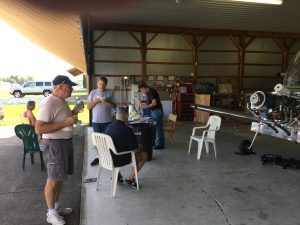 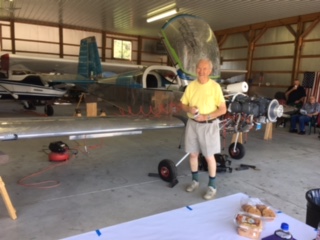 When we left toward Florida in the fall of ’16 the engine had just been mounted.  The weather was getting cold.  I was OK with the heated hangar but I would be batching it if I didn’t follow Dolly South.  Besides, all I had to do was hookup a few hoses and wires.

Hah!! Little did I know.

May was all firewall forward work.  It included:

May was a busy month of 5-8 hour days in the hangar.

I took June 1st off to do EAA Chapter 77 treasury work.  After that the month included:

The daily work continued and I

Arriving back in Michigan I ordered the tool required to do the S/B #632 inspection. It was back-ordered.  Continuing with the build, I

Then came the day we had long awaited – the plane was ready to receive its wings!