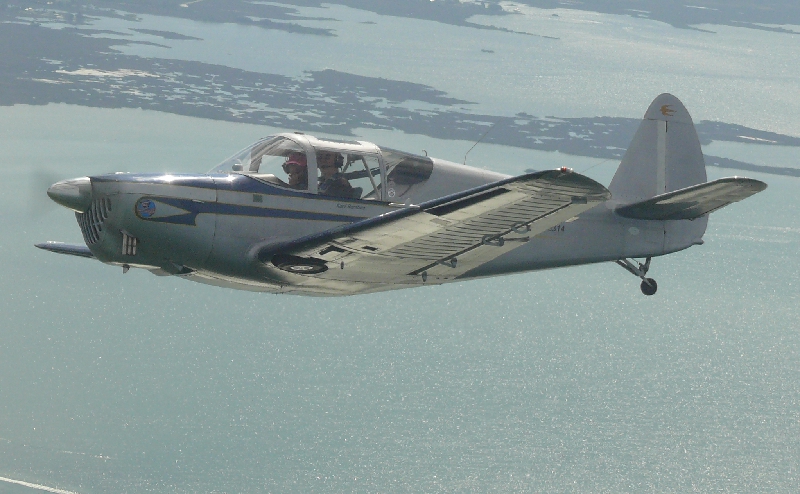 We have owned the Swift for eight years, and during that time have made many improvements.
Among the first was an increase in fuel capacity to 36 gallons via two 4.5 gallon tanks in the belly.
It now cruises at 135 mph with a three hour range plus a forty-five minute reserve . 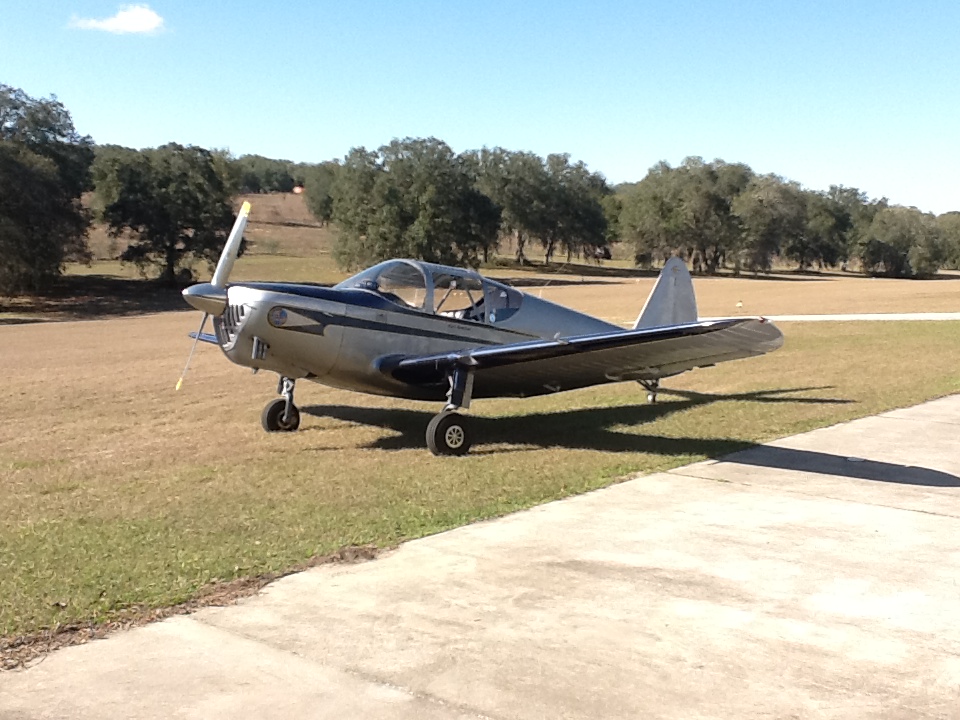 The last four years the Swift has spent the summer in Michigan and winters in Florida, always hangared. 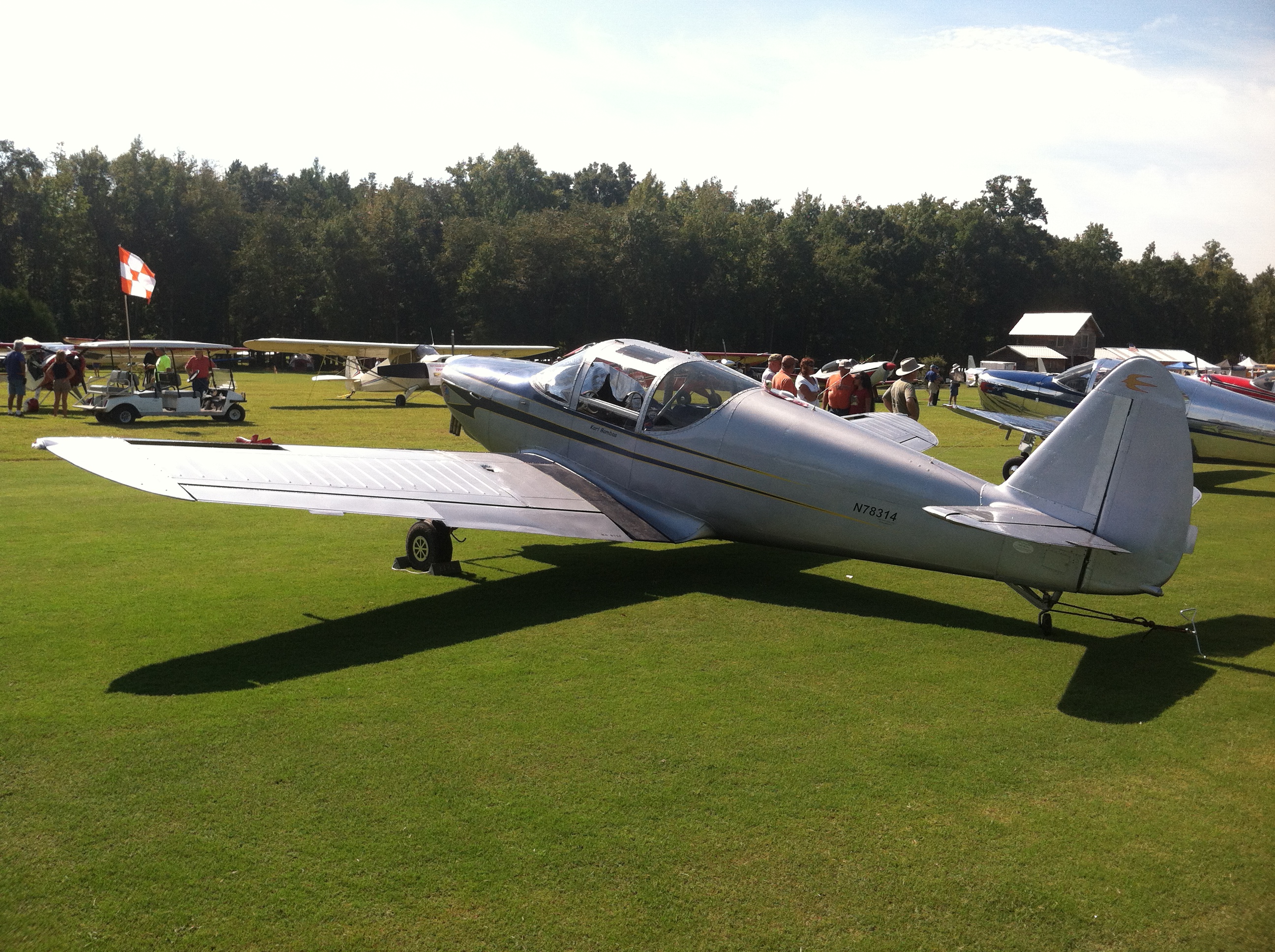 In 2014 we camped at the Tripple Tree Fly-In where the runway and parking area is golf course green smooth. 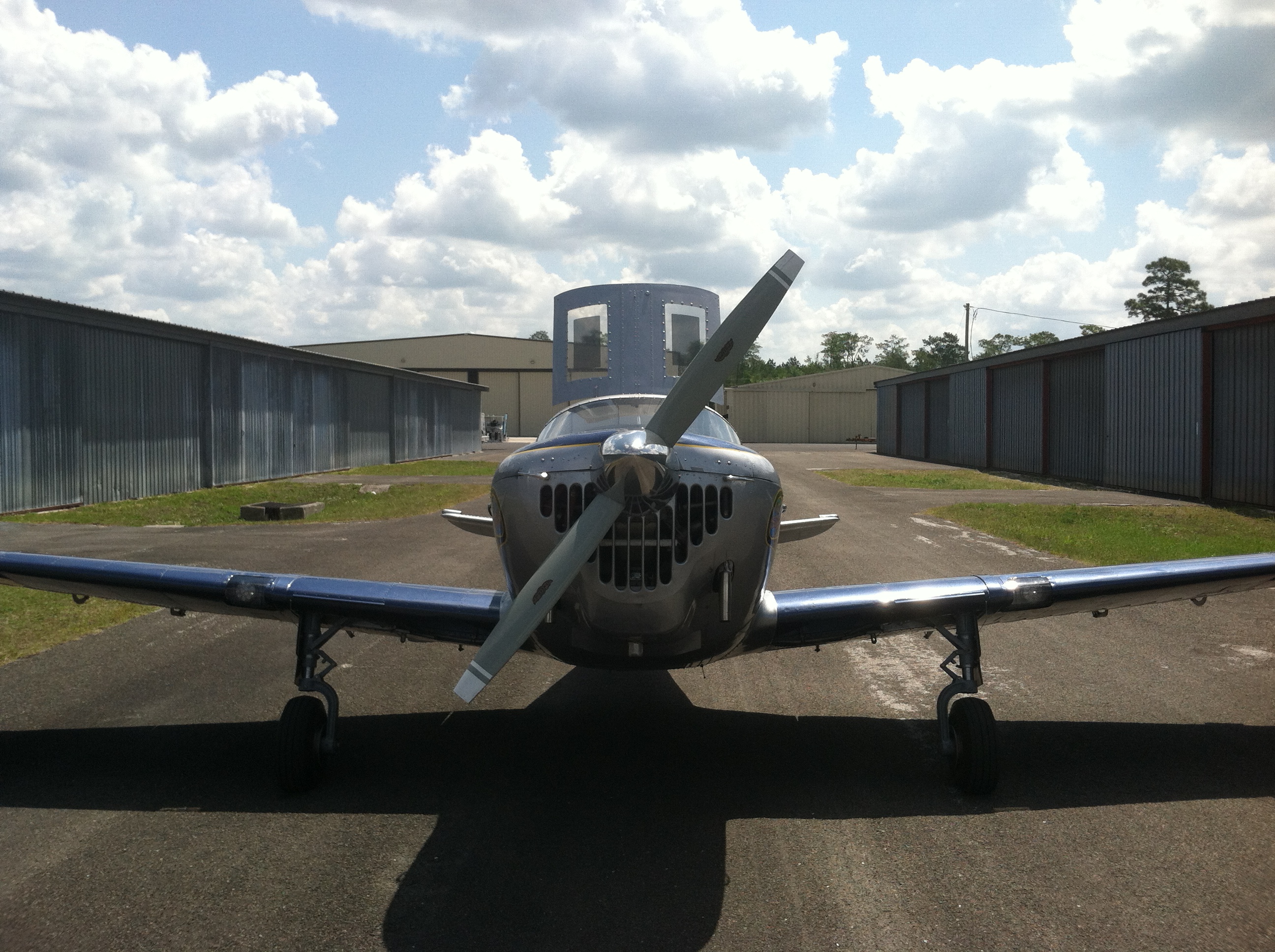 Swifts are known for their happy smiling faces!
We think they were an inspiration for the Disney movie ‘Planes’. 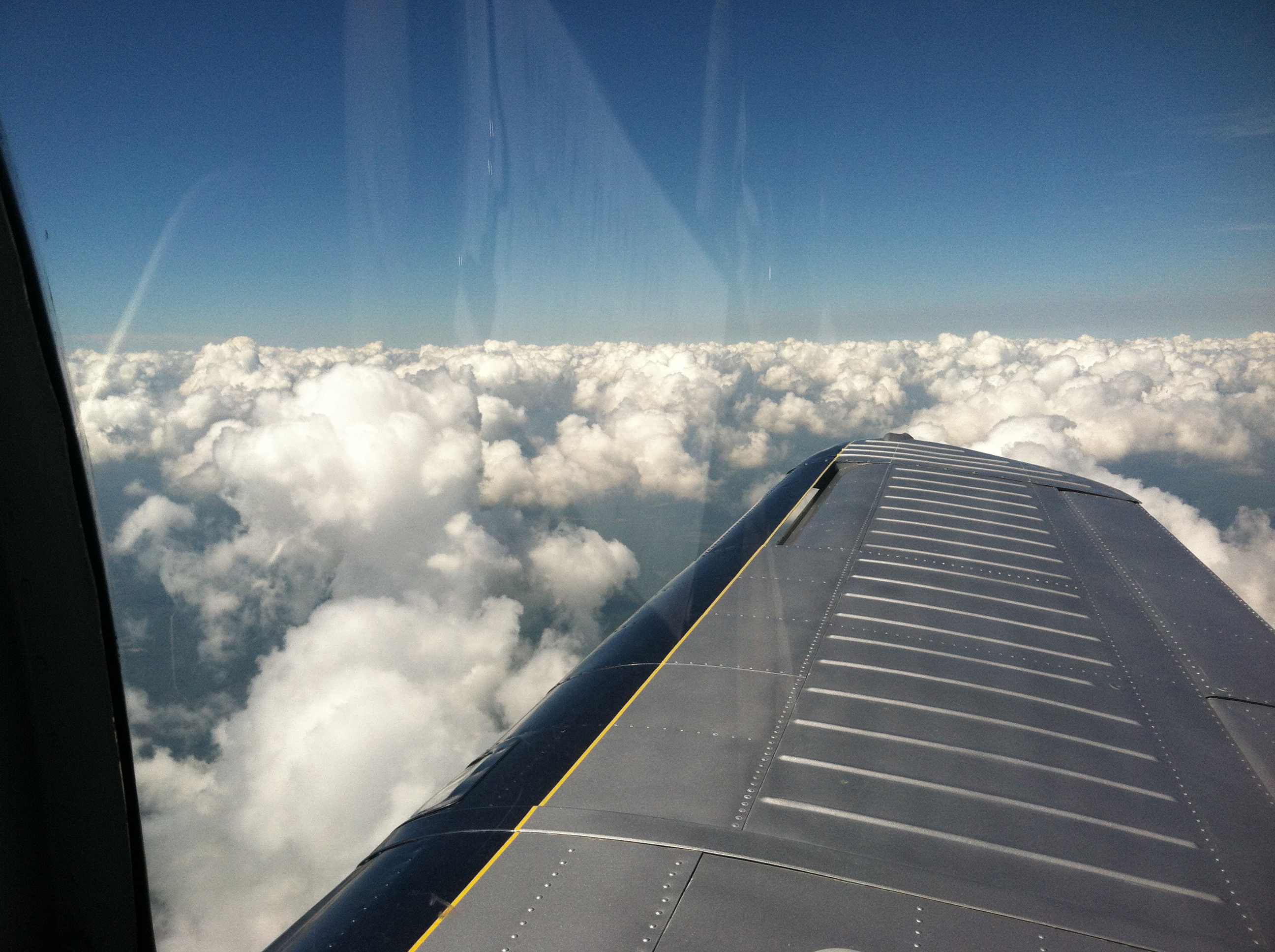 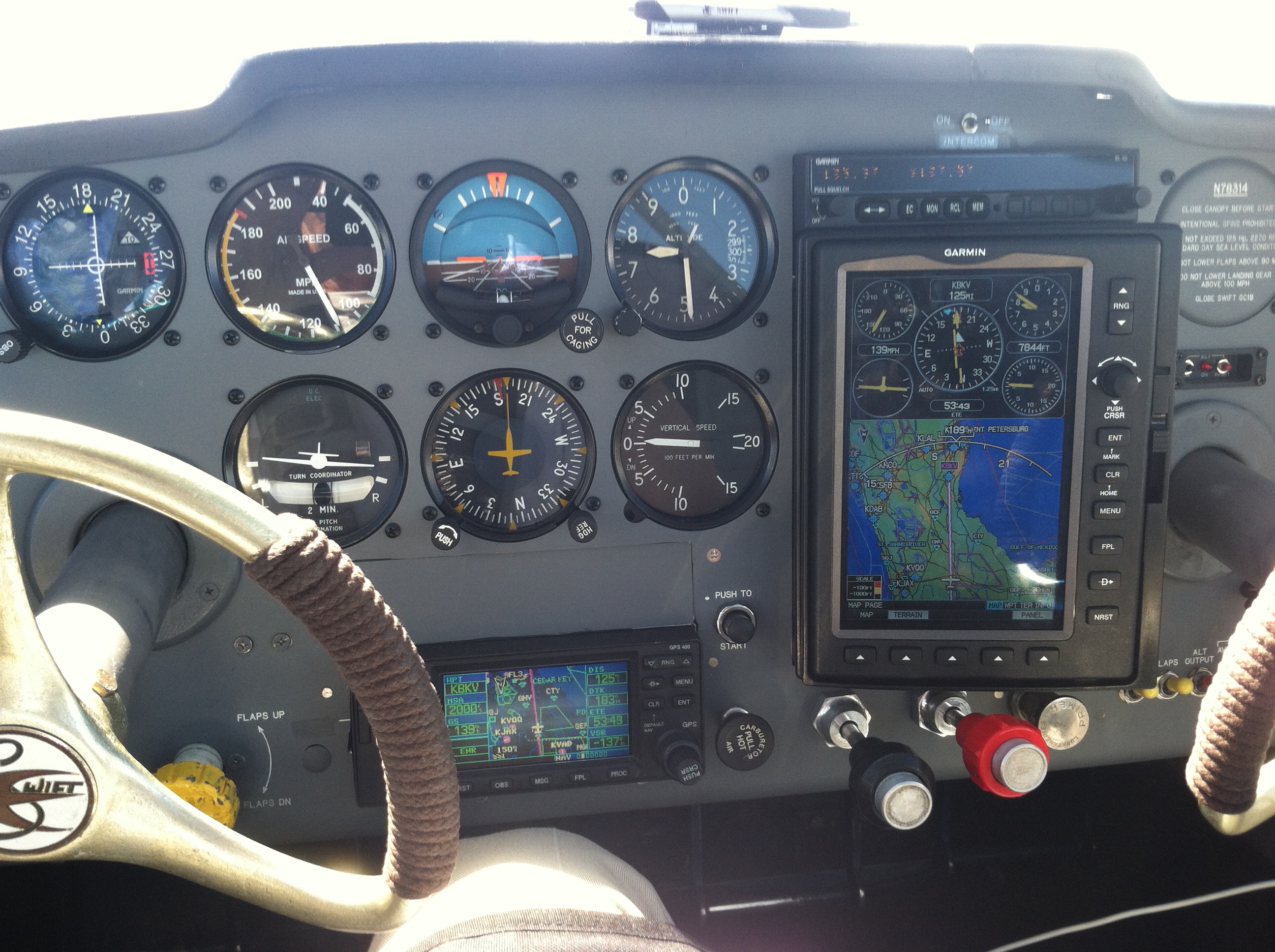 The Garmin 400 WAAS is certified for LPV approaches.
It is coupled to the 106A CDI localizer and glidepath needles.Just follow the two magenta lines. 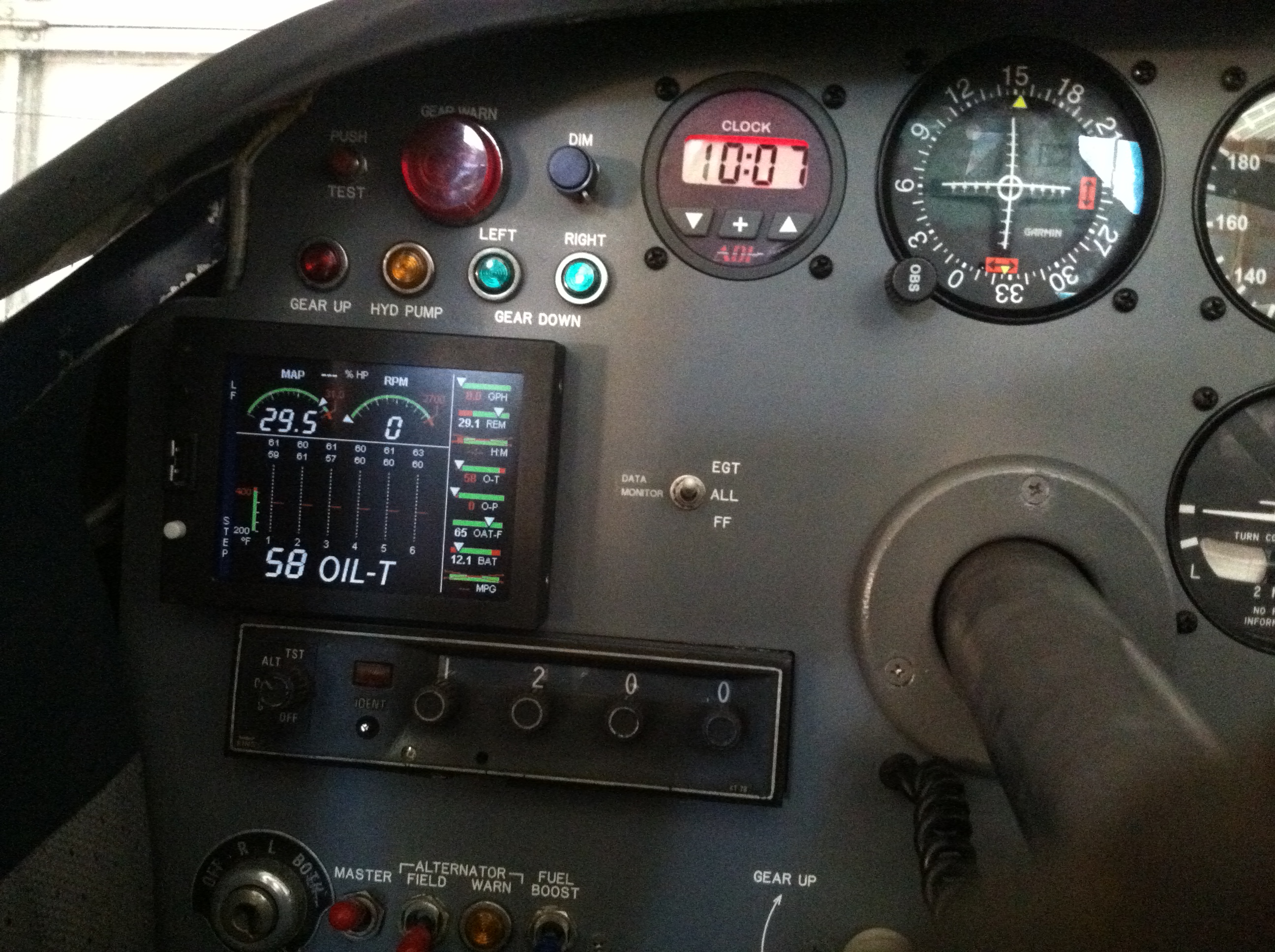 Don’t forget the 6 cylinder JPI engine monitor with CHT and EGT on each cylinder.
It displays fuel flow and fuel remaining in gallons and minutes, and is great for leaning.
The 830 also displays RPM & %Power, oil temp and pressure, battery voltage, and is certified as a recording Tach.  It was installed in the entirely new all electric panel in 2011.

FYI: The large red light on the upper left panel blinks if the RPM is reduced below ~1500 RPM with the landing gear retracted.

The following photo was taken during the December 2015 annual inspection.  Ray Brown, Airworthiness Inspector and Swift owner has performed the annuals for the past seven years. 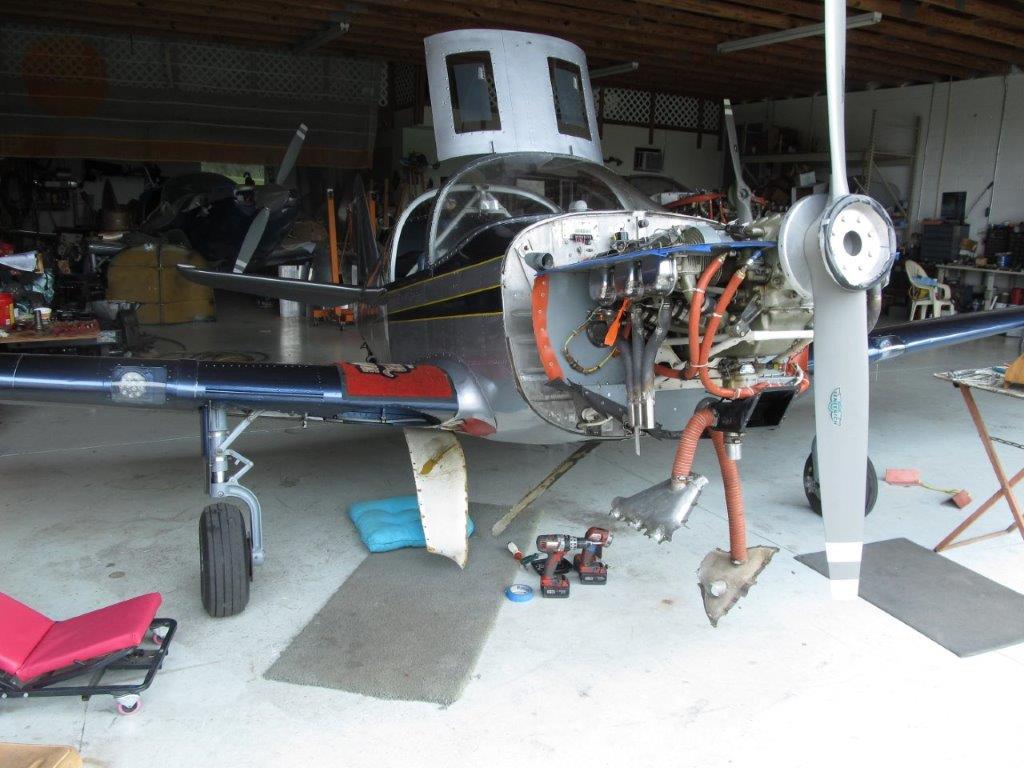 You can see the two Whelen Parmethius LED landing lights. There is a wig/wag variable speed controller on the panel.
Recent upgrades have included replacing all original wiring throughout the aircraft and installation of new landing gear struts.
Engine compartment hydraulic and fuel lines are new. The gel cell battery is two years old.
The ELT battery was replaced at the December annual.

No damage history since 1952 when a belly panel was replaced after a taxi excursion. 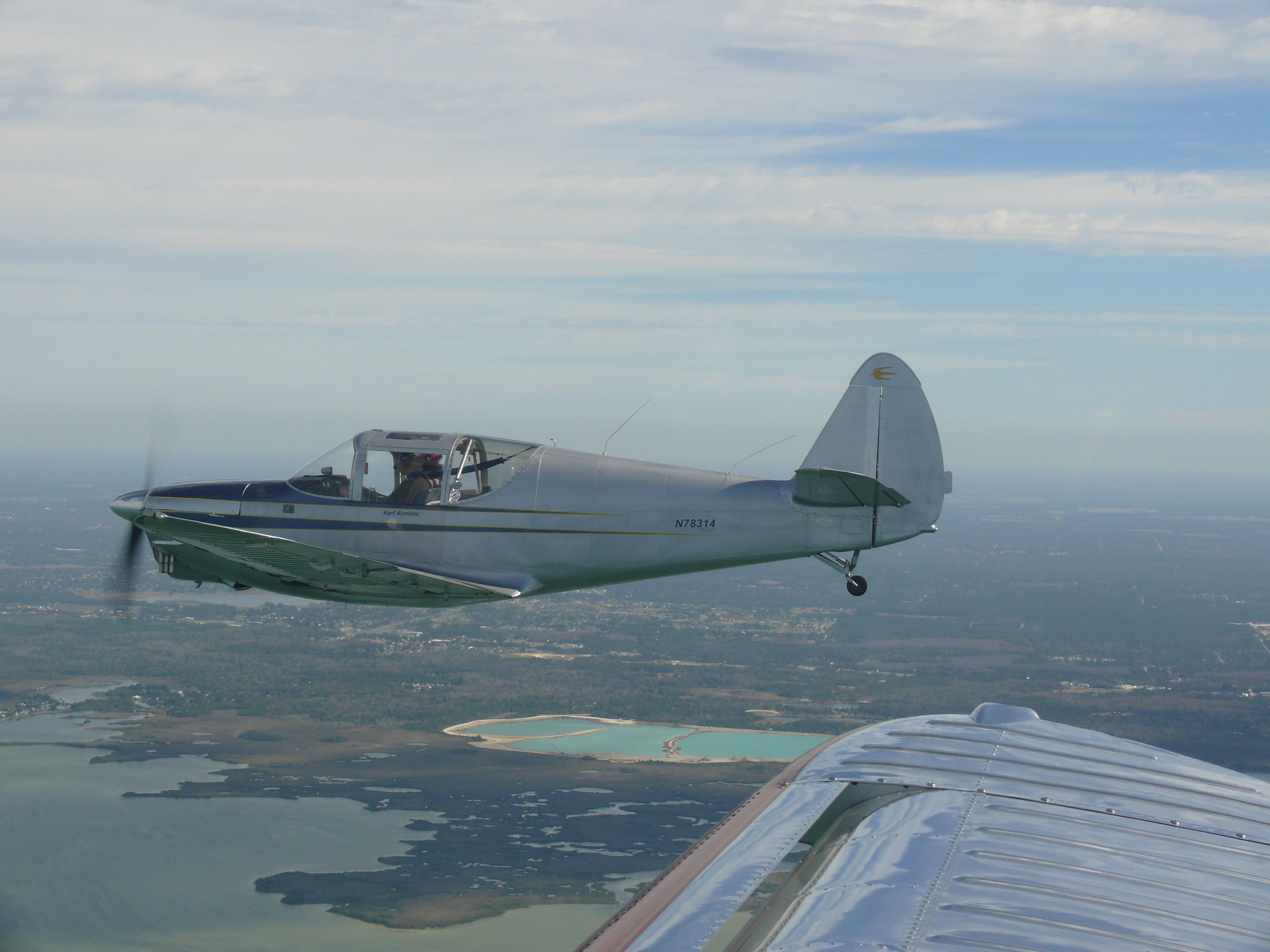