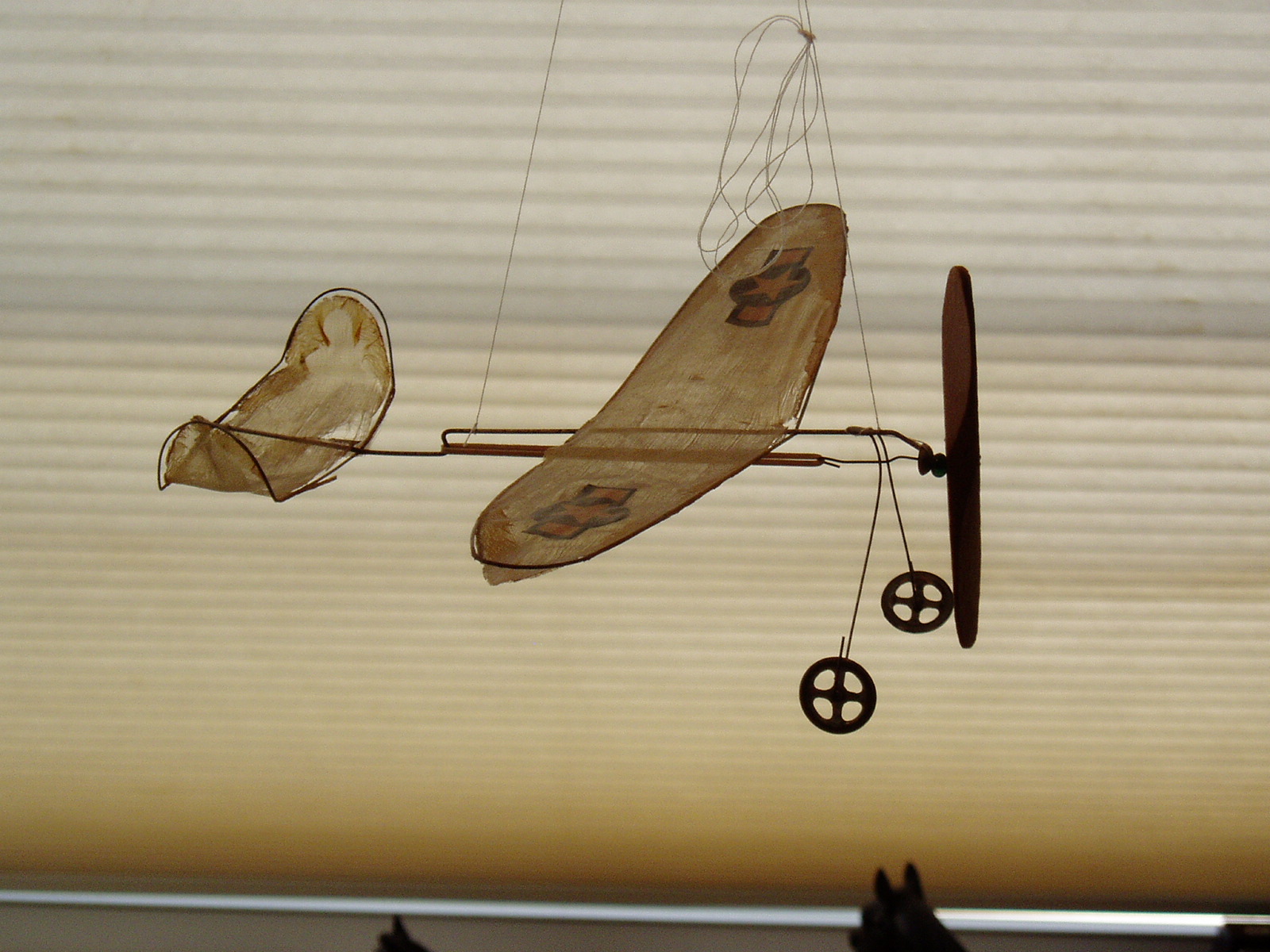 This is my oldest existing childhood model aircraft. With too a high wing loading from it’s wire frame construction it never flew. The silk wing and tail coverings are now threadbare fragile. It hangs daily above our kitchen table in Florida. The model carries the current USAF wing roundel that was adapted in 1947.

In January 1947 red bars were added within the existing white bars on both USN and USAAF aircraft. In September of the same year, the United States Army Air Forces (USAAF) became an independent service and was renamed the United States Air Force (USAF).